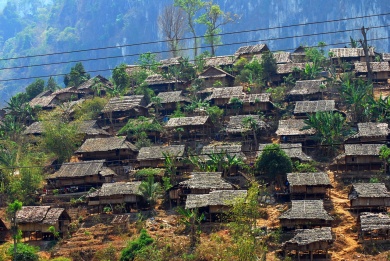 I ask my class to write about a personal experience of being stereotyped because we’ve just watched Chimimanda Adichie’s “Danger of a Single Story” Tedtalk.  You can watch it here: http://www.ted.com/talks/chimamanda_adichie_the_danger_of_a_single_story.html

I  start the semester with this as an icebreaker because it sends us off on a note of truth and it bonds us, most of us descending from poor people the world over. I have my own small story of being put in the box of the hillbilly, which is a constant battle, but it pales in comparison to my students’ struggles.

Most of them dread the assignment and are eager to tell me how much they hate English class, and writing, specifically. “It’s important, I say. Reading and Writing are what college is all about!” As I say it, I wonder to myself if some of them wouldn’t be better off studying something else if they hate studying language. They groan, but comply.

Their responses don’t exactly address the prompt, but they humble me. They write about race, size, gender–all the usual suspects. I have three or four students from Burma, though, whose stories are stunning. One of them, I’ll call her Bibi, writes about her birth:  “I was born in the forest,” she says. “My mother had to run away because of the war when she was pregnant with me. Can you imagine? A nurse later named me. It means Blossom Flower.” She is sunny and beautiful; the name seems to suit her. An American student says to her, “Isn’t it called Myanmar now?” Bibi looks puzzled. “I didn’t grow up there,” she says. “I grew up in a refugee camp in Thailand. We lived there for thirteen years. I was born in Burma.”  She is sure that the name Myanmar does not match her struggle, or her story. Another student, Thi, says, “Girls were forced to marry soldiers and boys were forced to fight. We hid in the forest when I was four until I was about seven. Then we came to a refugee camp called Mae La.” This is the largest refugee camp on the Thai border.  My American, Kenyan, Mexican, and Dominican students in the class have powerful stories too, but none speak to me like the women from Burma, who are not actually Burmese. They are from the ethnic group called Karen. They are now in their very early twenties. They have been in this country for four years and now, here they sit, in jeans and sweatshirts, logging onto the computer as I ask, like all the other students in my classroom.

What have I got to teach them? Nouns? Adverbs?

I follow the syllabus–what else can I do? James Baldwin saves me. We read “Stranger in the Village” https://pantherfile.uwm.edu/gjay/www/Whiteness/stranger.htm and Baldwin’s words call to me: “the root function of language is to control the universe by describing it.” That is what each of us in the room is looking for, some semblance of control over the world, over the way we are described, what we are called, how our stories are told. Our very survival, I have learned this first week, may actually depend on words.

The Second Day of the Year 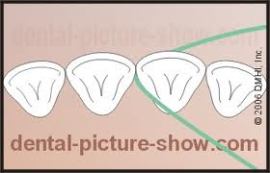 We are driving home from the mountains on the second day of the year. The first day, we hiked and ate and drank the last of the wine and champagne in the cabin and stayed up talking into the night with good friends. But this is the second day, the first day to begin really planning the New Year. Our plans seem to push the car toward home. Our anxiety about what needs to be done begins to build. I answer emails in the car, and we talk about our lists. Jeff hasn’t had enough time alone to think about a list yet, which is true; we’ve been busy since mid-December. Jack Henry’s list includes getting a second-degree brown belt, mastering guitar, getting on the all A honor roll, and hygiene. Mine, except for the brown belt, is not far off, including the hygiene. The novel I’ve been working on comes first, as it always does. Then work and music and health and travel.

We drive on a bit, and I absently  pick up my phone to dial my mom. I haven’t done this in a long time. It takes me a split second to catch myself before I realize what I’m doing. She’s been dead almost three years, and most of the time now, I’m calmly aware of that fact. It’s not like the movies when I think to call her. There’s no build up, or crying afterwards. It’s just that contacting her made my list—checking in to see how she’s doing. I miss her.

I haven’t written about her or my dad in a long time. Trying to write a novel has taken up some of that time and brain space. But, also, there comes a point when what needs to be said is mostly said, and the people you miss only pop up in the very front of your brain when they need you to call them. You get comfortable with riding around with your dead on the back of your bus. They’re present and accounted for, but they’re not driving anymore.

I read a great essay about love and loss and time this morning. You can read it here: http://www.nytimes.com/2013/12/29/fashion/learning-to-measure-time-in-love-and-loss.html?pagewanted=all&_r=0.  It is true: trying to achieve things by a strict timeline is useless. You can’t ever check off grieving or happiness completely; you can’t always keep clean.

If I’d made the phone call, I know what I would have said to my mom: Happy New Year! How are you doing? Are you taking care of yourself?  We’ve got a lot of plans this year, but we’d love to see you. We’ll be home soon and then we’ve got to go back to work and school. I’ll call you again later when I get a minute.

Instead, we drive home, take down the Christmas tree, and begin the year fresh with hope and flossed teeth.

You are currently viewing the archives for January, 2014 at stephwhet.